Wendy Torrance is running for her life with her son, Danny; fleeing in terror as her husband, Jack, goes on an erratic, murderous rampage in the abandoned Overlook Hotel.

Jack is smashing down the front door of the hotel suite with an axe. Wendy runs to her closest escape, the bathroom, dragging Danny with her. She turns the deadbolt behind her and even latches the hotel-style security chain. It’s not clear how Jack got out of the storeroom. It’s not even clear where the axe came from, but maybe he found it and escaped by breaking the latch.

As Wendy looks around the bathroom, she sees a squat double hung window above the toilet. The window is big enough for Danny to quickly slip out, but too narrow for her.  She tries once, then twice, then stops, as the front door gives way to Jack’s axe.

Jack’s deranged riff on the iconic line from I Love Lucy, which has been cancelled since Jack was barely older than Danny, heralds his presence in the suite, and Wendy panics, struggling to lift the window again. It consists of two panels, which slide vertically, with a lock in between them. Both sides of each panel, or sash, are propped up by a support balance that counters the weight of the glass.

However, something isn’t working in this particular window. Wendy is able to lift the bottom sash using the support balances, but something is stopping the window from opening any wider. Danny fits, but even pulling as hard as she can, Wendy can’t get out the window herself.

Escaping, Danny slides down a snowbank to the safety of the hotel grounds. Back inside, Wendy hears Jack coming closer and closer to the bathroom door, pleading with her to open it. She still can’t lift the window enough to fit through. He mumbles lines from fairy tales (another memory from childhood), and Wendy begs him to stop.

Outside, Danny turns back to the window to help his mother, but Wendy tells him to run and continues to struggle with the window sash. Meanwhile, Jack realizes that the privacy knob on the door, usually flimsy, can’t be forced open. He begins smashing the door apart with his axe.

The door shudders, but holds, as Jack swings the axe over and over again. The deadbolt buys Wendy time, second by second. As Wendy sobs in the corner in disbelief, Jack keeps slashing, taunting Wendy with each strike.

As Jack reaches in to jiggle the lock and try to unlatch the remains of the bathroom door, Wendy slashes him across the hand with a kitchen knife, causing him to recoil. Jack steps back just long enough to hear Dick Hallorann, the hotel cook, approaching on a snowmobile. He turns from the splintered door and walks away, leaving Wendy in the bathroom, hysterical. 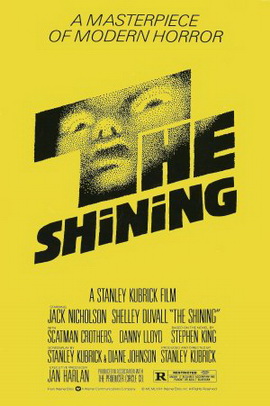 Adapted from a Stephen King novel by the same name, Stanley Kubrick’s The Shining is a seminal work of horror, the genre of “what if,” where the only thing worse that what happens is what doesn’t happen. The whole film is a crash course in anticipatory terror. The audience is haunted by the possibility and the potential for disaster.

The first critical point in the scene where the terrible ending could have been averted completely is when Wendy has Jack locked in the storeroom.  By some unknown cause, the storeroom door opens for Jack, allowing him to begin his rampage.

It’s suggested that Delbert Grady, an apparition of the former caretaker, opened the door for him. It’s also possible that he escaped using the axe that he later wields against Wendy. Had the lock stayed shut and the door remained closed, Jack would have been contained. Dick would have arrived at the hotel to handle the situation, and there would have been a happy ending.

At the second turning point, the entire movie could have gone quite badly, actually: the point where Jack tries to force his way into the bathroom. This time, the doorknob holds up long enough for Wendy and Danny to escape. However, it’s easy to imagine a cheesier horror movie where the lock gives way, Jack forces his way through, he attacks Wendy with the axe, and Danny has to find a way out on his own.

There is no shortage of cheap thriller movies exploring that sort of situation, but The Shining takes the high road, leaving the horror to the imagination. It’s the anticipation of the door breaking – and the anticipation of Jack entering the bathroom – that causes the sense of fear; it’s not the act itself. What does happen in the bathroom is never as frightening as what could happen.

The third point where the movie could have changed drastically is when Wendy tries to open the bathroom window. The track is sticky, and the window stops dead at a certain point in its range of motion. Maybe it’s a blockage, maybe the lock between the sashes is interfering. Maybe some kind of child-proof sash stop is preventing Wendy from opening the window.

On one hand, it’s easy to imagine, in some happier movie, that the window could have been working fine. Wendy could have lifted it easily and slipped out. On the other hand, though, the window sat high on the wall, above a toilet. In chilly Colorado, Grady and the guests would have probably had little reason to open that window or repair it. 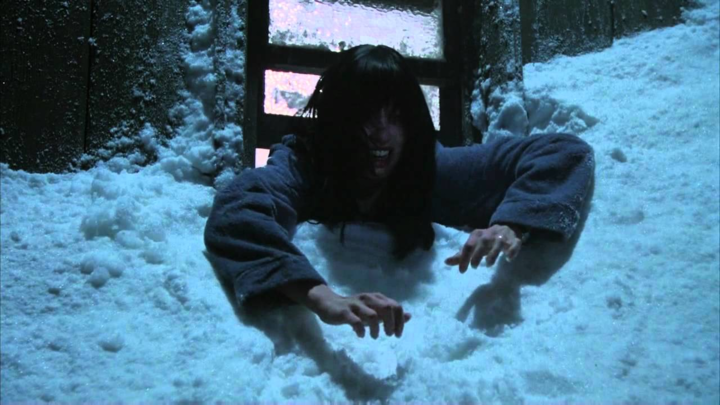 In fact, it’s almost surprising that the window wasn’t more broken. Rust and debris could have frozen the balances in their tracks. A jammed latch could have prevented the window from opening at all. It’s possible that neither Wendy nor Danny would have escaped. Perhaps they would have remained in the bathroom, doomed to a bloody slasher film fate.

This theme is present throughout the movie as a whole. Between bloodbaths and boredom, Stanley Kubrick had a narrow window of suspense to work with in The Shining, and he walked that middle ground confidently, using the mundane features of a hotel bathroom – locks, latches, panes of glass – to instill a sense of abject dread in his audience.

When the plot of the film hangs on the hardware in the aging hotel, the building takes on a life of its own, becoming a side character that stymies our heroes and aids the villain, just by the nature of its run-down amenities and winding, impossible hallways. The darkness of the upper levels of the hotel could represent the inner workings of the mind, in Kubrick’s iteration of King’s strange, terrifying mythos. In literature, windows often represent eyes that see into the soul.

It’s fitting, therefore, that a simple pane of glass would be the turning point in the entire, intricate plot. That tiny bathroom window gives the audience a full view of Jack Torrance’s madness: the torture that he has endured in the upper floors of his own mind.

A collaborative article by Chris Camiolo and Ben Scioli