I know it’s only November, but everybody celebrates the winter holidays differently, and everyone starts preparing at different times. Regardless whether your decorations go up the morning after Thanksgiving, the first of December, the beginning of Advent, the first night of Hanukkah, or you find tinsel on a Festivus pole distracting, it’s getting to be the time of year for gift wrapping.

You won’t struggle to find other articles online with similar advice. I’m nearly sure that you can find every tip in this article somewhere else, except the bit about the lizard people – but we’ll get to that later.

What you won’t find elsewhere is the fat-free version of holiday preparation. I’m not going to try to sell you on a Rube Goldberg schematic from Pinterest. You won’t find tips purloined from a how-to guide by a professional. What follows are tips that I know would (and do) work for me, an un-artistic, un-crafty slob. I can’t promise thousands of re-posts on social media. However, I can promise that all these tips will work, and they are efficient.

That said, the first thing that proactive decorators will end up doing this holiday season is buying and wrapping gifts. You’ll want to get them out of the way before the lights and baubles come out. If you’re clever, you can get all the gift-wrapping done by Thanksgiving – but don’t waste time.

One of the simplest mistakes that people make, especially people who are less than crafty by nature, is wrapping gifts on carpet. Without a flat surface to smooth up against, there’s not much hope of getting a tight, crisp fit. You’re going to end up with the typical lumpy messes that some family members love to hand out for Hanukkah and Secret Santa (or “Pollyanna,” as the practice is known in South Jersey). I’m guilty as charged. 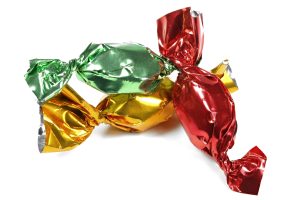 Try wrapping your gifts on a hard, flat area like a table. Start by laying the gift onto the paper upside-down, so that the untouched surface on bottom will land on top. Get the folds onto the bottom of the gift and out of the way. After wrapping each gift, vitally, you should mark them with Post-It notes. You need to know what’s inside the package and who you’re going to give it to, after all.

If your gift isn’t box shaped, a popular solution is to create a candy bag: use fabric to pad your gift into a ball shape, stuff it into a short tube (or don’t), wrapwith paper or fabric, and tie off both ends like a candy wrapper.

Alternately, if you shy away from glossy wrapping paper, go with a tasteful alternative. For example, brown paper bags, parchment, and parcel paper give gifts a classic look. Finish by tying the parcel up with a rough brown twine. The gift will look like a package shipped from a decade long past.

Paper is also popular due to the fact that you can sketch and write directly on it. Draw a ribbon on, pencil in a fake gift tag, or decorate your gift wrap with markers. Make it your own. Alternately, you can buy glassine, a kind of wax paper, and double-wrap your gifts. The glassine will make the paper underneath appear frosted over.

For the moderately clumsy, colored tape will be a good investment. Pick an array of colors, or a versatile print, like evergreens. Find a way to wrap the tape around the package, similar to a ribbon. However, wrap it in a way that covers all the egregious mistakes you made. For the more adroit among us, double-sided tape becomes a savior when folding starts to get messy. Be careful not to get both sides stuck to yourself; I know I would. I’ll stick with the snowman tape.

For those with inhuman drafting and design abilities, such as lizard people and robots, a T-square and “rotary cutter” (robot-speak for “pizza cutter”) will help you to align your gift wrapping with laser precision. If, in ancient times, the Egyptians were able to cut five-ton blocks that fit together without mortar, then the sky is the limit for you with a rotary cutter in this modern era. 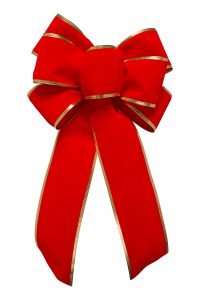 If, on the other hand, you are merely human, hand-tied bows are a quick trick that can add elegance to your gifts (or elsewhere in your home). I can remember my mother tying up ribbons, in days when she had more time and less pain in her hands, and carefully scraping the ends with scissors to curl them. To go a step beyond the typical gift box bow, you can find fabric at an art or craft store. Tie it up yourself, or take it to a florist or gift store. They can tie it up for you in the store.

Don’t go crazy with the ribbon, though. According to plasticsinfo.org, Americans use 25% more waste during the holiday season, and the reality is that we all have an obligation to our planet, our children, and each other. See what you can do to reduce your plastic usage, if nothing else. 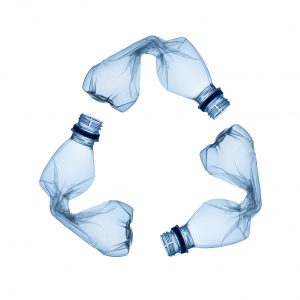 Just for example, the United States Energy Information Administration states that in 2010, around 12 or 13% of US natural gas was used to make plastic. Natural gas makes up about two-thirds of US petroleum production. That means that we use a significant chunk, around 8 to 10%, of our petroleum simply to produce plastics. We use that plastic to wrap nearly everything we buy and sell, fueling demand. There’s the possibility of reducing our petroleum usage by up to 10%, simply by changing the way we dispose of trash and wrap things up. That feels worthwhile to me.

To this end, you can re-purpose a lot of non-plastic materials so that they will work to conceal your gift. For particularly small gifts (perhaps jewelry boxes?), you can jam the item into a ball of yarn. Just tie the end piece into a bow, and decorate accordingly. Re-use old gift boxes or bags – if you’re sure the gift’s recipient isn’t the person who originally gave it to you, at least. 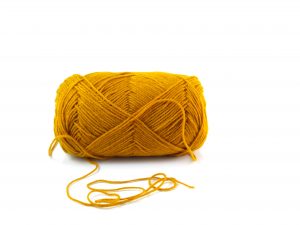 If this seems obvious to you, it should be, but yet, Americans only recycle waste at a rate of 35%, meaning we have the potential to reduce, re-use, and recycle the remaining 65% that we miss, year-in and year-out.

To hammer home some more potentially obvious tips, newspaper makes a good alternative to laminated wrapping paper or plastic wrap, and you can even use cloth or knit fabric, in a pinch. As you can imagine, it’s best to avoid wrapping the box in a plastic bag, as common as that has become lately. You can just tie up a re-usable tote bag to achieve the same effect.

I mean, for Pete’s sake, you can use a potato chip bag. Just rinse it with soap or rubbing alcohol, turn it inside out, and use the foil. You can use anything, really, if you feel like touching it up and making it work. The reality is that standards are pretty lax for gifts nowadays. People will be more impressed that you pulled off a risky gift wrap than (somehow) disappointed that you didn’t buy from Hallmark.

To close, I’d say there’s no such thing as overkill with recycling, but some smart aleck would try to prove me wrong. I’ll just leave it at this: nobody is too busy or too important to recycle. Even saving small bits of plastic and paper will add up to an impact over time, so think big. The greatest gift you can give someone else is a better world to live in.