My grandfather used to celebrate Hanukkah.

He converted to Catholicism when he married my grandmother, but when he was young, his family was Jewish. Every year for Hanukkah, my grandfather and his siblings would crowd around the kitchen stove to wait for latkes.

My grandfather confessed to me recently that he had an older sister (or maybe a cousin) who would help make the latkes. Her name, he said, was “Latke,” pronounced with a long “ee.” When he was very young, she was sent away.

Years later, my grandfather thought to ask his mother, “What happened to my sister, Latke?”

Somewhat unsurprisingly, her response was, “What?” Not only did my grandfather not have a sister named Latke, he didn’t have a sister that met Latke’s description at all. Nor did he have any cousins by that description. 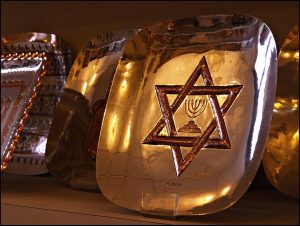 However, after being questioned further by her son, my great-grandmother remembered something. There was no Sister Latke, but there was a neighbor girl who helped babysit the children. She grew up and moved away at some point, they say. Her name wasn’t Latke, though; that was just a nickname my grandfather created.

The moral of this story, if you’re looking for one? Don’t believe a word my grandfather says; his stories are almost entirely made up.

However, I’m not here to impart a moral. I’m here to point something out: to my grandfather (a Jew who was young enough to believe he had a sister named Latke) Hanukkah was a holiday for latkes. That’s a very important observation.

By comparison, as a goy, a gentile, my impression of the holiday couldn’t be more different. As a kid, I thought that Hanukkah was essentially Jewish Christmas: eight nights of presents, holiday traditions by the fire, family dinners. If you’ve ever seen the Rugrats Hanukkah episode, where they get locked in the attic, that was essentially my most authentic exposure to Hanukkah traditions — or maybe Hershel and the Hanukkah Goblins. 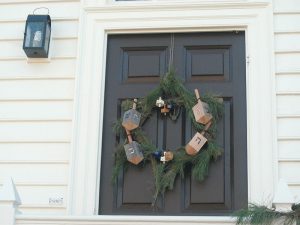 I think a lot of non-Jews fall into this same trap of thinking by comparison. However, by comparing Hanukkah and Christmas, we actually obscure most of the real meaning of the Festival of Lights. In other words, my original idea of Hanukkah couldn’t have been further from the truth.

It’s important to ask, then: between my impression and my grandfather’s latkes, what is Hanukkah, really? Why is it that Jews and non-Jews have such different understandings of this tradition? The big difference, it seems, is that Jews are more familiar with the real history of the miracle of the oil.

While Christmas is a celebration of birth, Hanukkah is a celebration of survival. The holiday dates back to somewhere around 170 BCE, when the Second Temple in Jerusalem, the holiest site in Judaism, was raided by a Greek tyrant. The temple was dedicated to Zeus, and the Maccabees’ stores of holy oil were defiled in the process. When the Jews revolted, re-taking the Temple, they re-dedicated the altar and resumed their holy traditions. 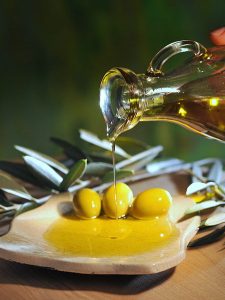 However, to begin, the Maccabees only had one container of holy oil remaining, but they needed to light the Menorah every night. They could have made more oil, but the Torah states that only the spiritually pure may produce holy oil. The process of purifying themselves took seven days, which left the Maccabees with one day’s worth of oil to cover eight days of rituals.

Here’s the part everybody knows really well: the oil lasted eight days and eight nights, the Maccabees purified themselves, made more oil, and they kept the Menorah lit. The Jews went on to occupy the Second Temple up until 70 CE, when it was ransacked by Roman soldiers, who torched the walls and carried off the Menorah.

Like very many other portions of Jewish history, the Maccabean revolt highlights the incredible tenacity that a single culture can exhibit in the face of oppression and hate. However, the highlight isn’t even necessarily the unity, or the survival, or even the community. 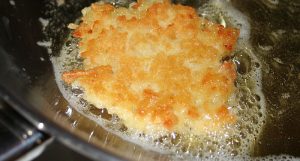 At this point, you may be asking yourself what this all has to do with my story about Great-Aunt Latke. The answer is simple: oil, the true highlight of Hanukkah.

To my grandfather, Hanukkah was a celebration of greasy latkes, something that would have never occurred to me, as someone who was raised Catholic. When non-Jews look at Hanukkah as a holiday for presents, it becomes hard to look at it as a holiday for holy oil. In fact, though, oil is the most salient meaning to be found among all the traditions.

Minor Jewish festivals are noteworthy in that there is no fasting required, unlike the major holidays. In fact, many smaller holidays are actually oriented around the idea of eating and drinking freely, to celebrate the lack of fasting. When you combine a celebration of oil with a celebration of eating, it’s bound to emulsify into a delicious, delicious holiday. 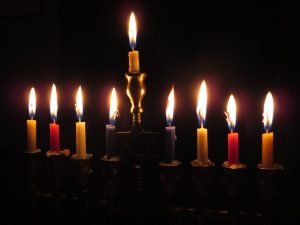 Latkes and fried doughnuts (sufganiyot) are the embodiment of grease, but the menorah, of course, represents oil as well. The original menorah was an oil lamp that burned olive oil. During Hanukkah, the menorah is (fittingly) replaced with a candelabrum, burning wax and wick rather than torch fuel. In this way, the miracle is repeated: the candles don’t need oil to stay lit for the eight days and eight nights of Hanukkah.

If you’re aren’t Jewish, or even if you are, you might not have known everything that we just discussed about Hanukkah. I think that demonstrates perfectly what I’m trying to get at: there’s a communication barrier.

I was given a Catholic impression of the holiday of Hanukkah, an impression that ultimately wasn’t realistic. Many non-Jews are in the same boat as me. Others may have noticed this universal theme of oil, but never realized its true importance. It’s always possible to become better-informed than you already were.

When you’re studying a foreign culture, it’s hard to come to the same understanding as someone who comes from that culture. For that reason, it’s important to open up the lines of communication. Talk to people about the holidays they celebrate. Don’t just ask what the holiday has in common with your own holiday; ask what makes it unique.

You might gain a bit of understanding about someone else’s traditions. You might even find out that you have a great-aunt who doesn’t exist.