September is a thrill for a lot of people. Kindergartners and undergrads alike are heading back to school; lovers of fall are stocking up on pumpkin spice and Halloween decorations. However, not everyone is aware that in addition to these festivities, “Get Ready Day” is recognized annually in mid-September. The American Public Health Association (APHA) started this celebration in 2006 as part of the Get Ready campaign. This campaign is intended to highlight the importance of preparing for anything from natural disasters, to illnesses and other emergencies. I think that emergency preparedness is vital, considering that diseases and weather have proven destructive in the not-so-distant past. 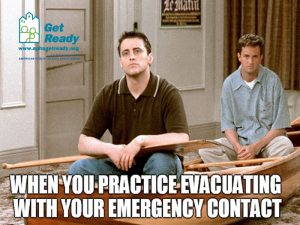 Within the last decade, the Zika virus and Ebola have made their way to the United States. Even the common flu has mutated, and vaccines are growing ineffective. People may not realize how important being prepared for illnesses is—at least not until an illness affects their friends, family, or themselves. The best thing to do is to prevent illness before a bug can enter your home or infect you. Regular vaccinations and copious hand sanitizer will help.

Where Should You Start?

Disasters are a part of emergency prevention that “Get Ready Day” focuses on in particular. Everyone knows that natural disasters are serious and that they happen. However, many people are still unprepared when a disaster happens to them. The good news is that it really isn’t hard or expensive to prepare, unless you want to build a bunker with three years of pork and beans. Though it’s not unwise to prepare for armageddon, it’s not necessary.

First, consider that you must prepare for the environment in your area. Most people know to take shelter underground during a tornado, but not everyone lives in a tornado alley. Less people know that you can leave your faucets dripping to keep pipes from bursting during a freeze. The kind of disasters you might face will depend on the country that you live in. Other factors include your distance from the equator, your positioning along geological faults, and dozens of other details. 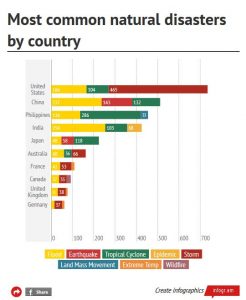 It’s important to know how likely it is for a weather anomalies to occur in your area. Knowledge is power, and knowing what to prepare for is the key to being ready for disaster. Having a realistic idea of how likely something is to happen takes away a lot of the guesswork. For example, it’s common knowledge that places like California are susceptible to earthquakes because they are located smack-dab on major fault lines. Fewer people know just how vast the areas affected by earthquakes really are. An article by The Telegraph revealed that a 50% increase in earthquake activity is expected in 2018. According to the article, most land that makes contact with the ocean is at an increased risk for earthquakes.

The chart above (by Insurance Business America Magazine) breaks down what kind of environmental hazards people should expect based on their location around the world. After you gauge what kind of disasters you’re likely to face, the next step is figuring out what being ready for it means.

What Should You Include In Your Plan? 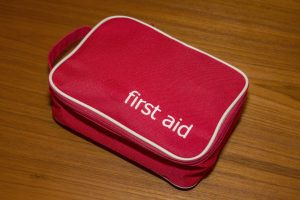 One way to get ready for trouble is to create a checklist of items you might need. You can apply this to preparing for physical illness just as well as an environmental disaster. I stumbled upon this emergency checklist in my search for something that could serve as a jumping-off point for my own personalized list. Using the bare bones of this list as building blocks, you’ll be on your way toward preparing for these situations. Then, once you’ve personalized your emergency kit, you just need to establish a plan as to where you’re going to wait out the disaster.

What Should You Take Away From “Get Ready Day”?

So far, we’ve covered what precautions you should take in preparation for an emergency. Now, I’d like to touch on why it’s important to have a holiday dedicated to emergency preparedness. Now, I can’t say for sure why “Get Ready Day” is in the middle of September. Regardless, I think that now is as good a time as any for it, considering that the strength of the hurricane season starts to build during early fall.

Currently, Hurricane Florence is rearing its ugly head toward the Carolinas. This threat highlights the reality that everyone should have an emergency plan. It’s a terror to have to try to come up with a plan during a disaster. You don’t want to leave your preparations until you’re facing power loss, downed trees, and flash flooding. Having a game plan and provisions ahead of time doesn’t take the fear out of the situation; true. However, it does give peace of mind during a flood warning, or even just flu season. More than anything, I want this article to serve as a reminder not to become complacent in the calm of summer. 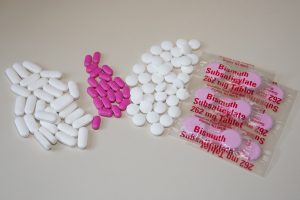 Thanks to the involvement and preparedness of American communities, many people affected by Hurricane Florence were able to enjoy free hotel rooms in the Northeast, or discounted plane tickets. This aid from other communities would be useless if people hadn’t made an effort to get out of harm’s way in advance. Preparation doesn’t have to mean that you are expecting the worst to happen, but preparation helps take away some of the fear and guesswork.