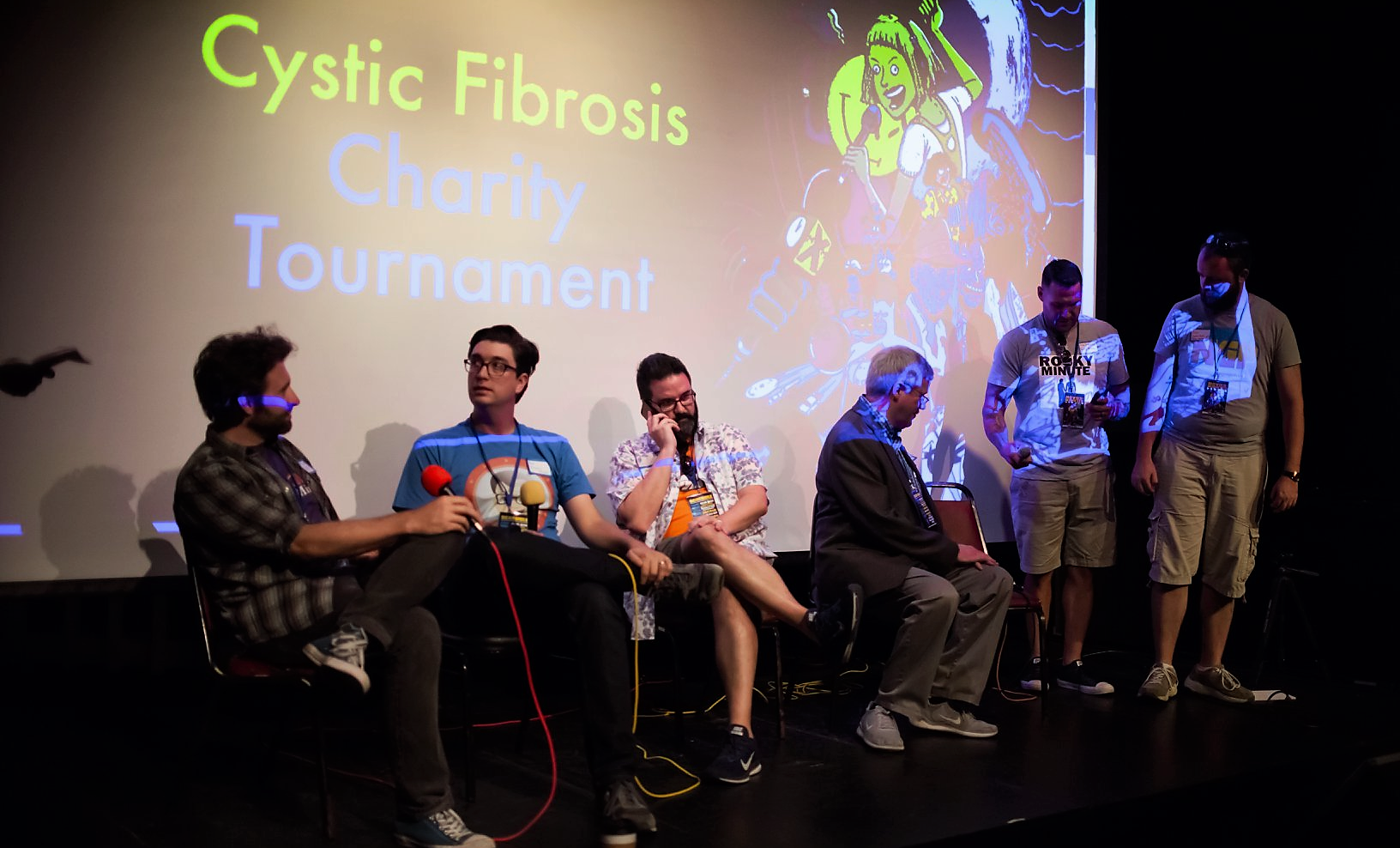 Four years ago SWISCO’s, Dave Pallas, gave podcasting a try as a way to talk about something he’s always been passionate about – movies. What started out as just an after-work hobby has now turned into something much bigger.

“The Movies x Minute podcasts are a community of film hungry people that analyze movies by the minute,” says Pallas. “We slice up popular properties more finely than ever before to help feed the growing desire to never be bored.”

Now, with a community of like-minded people from all over the country, they’ve taken their love of hyper-analyzing cult-favorite movies down to the minute to support The Cystic Fibrosis Foundation with a movie trivia faceoff. So, for the second year in a row, Dave Pallas and sixteen other Movies x Minute podcasters will face off in a movie trivia bracket, appropriately named MxM Trivia Cage Match, to raise donations for the foundation, culminating with the final round recorded on stage at Clinton Theatre in Portland, OR.

According to The Cystic Fibrosis Foundation, “Cystic Fibrosis is a progressive, genetic disease that causes persistent lung infections and limits the ability to breathe over time.” The disease affects about 30,000 people in the United States and 70,000 people worldwide. Although CF is a rare disease, more than 10 million Americans are symptomless carriers of the defective CF gene. Despite exciting advances in CF research and care, a cure has not been found for this disease.

“I got into it [Cystic Fibrosis Fundraiser] when MxM podcasters, Jarf Harden and Kathleen Mocklin, who work with the [Cystic Fibrosis] foundation, realized that people with CF, getting treatment in hospitals, listen to podcasts and message other fans online as an outlet to talk to others,” says Pallas. Since people living with CF often have to stay isolated because of susceptibility to contracting illnesses, listening and contributing to podcasts makes for an accessible way to connect with others.

Last year the Trivia Tournament for a Cure raised over $1,800 for the Cystic Fibrosis Foundation and this year they plan to up the ante.

“2019 is a pivotal year for cystic fibrosis research, said Pallas. “Positive results were announced this March from two ongoing, late-stage clinical trials of a new therapy that would be an incredible step towards our goal of ensuring all people with CF have effective treatments and, ultimately, a cure.”

If you would like to donate to the cause or listen along to the tournament, you can do so here. Or, check out other ways to get involved with The Cystic Fibrosis Foundation here.